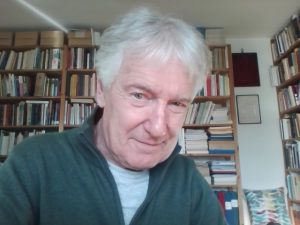 In March 2022 I published the Swedish book Den fria viljan och evolutionen (Free Will and Evolution). My last two philosophical papers in English are:

(b) Quantities as Metrical Coordinative Defnitions and as Counts: On Some Defnitional Structures in the New SI Brochure, (June 2021) https://rdcu.be/cl21R

I am professor emeritus in theoretical philosophy at Umeå University, Sweden; and has so been since March 2008. However, I am living in Lund and only formally retired; I am still doing philosophy. I was born in 1943 in a small village (Vegby) situated a hundred kilometers east of the city of Gothenburg. Here I began my university and philosophy studies in fall 1964. I took my B.A. (filosofie kandidat) 1966, my M.A. (filosofie licentiat) 1969, and my Ph.D. 1973; I was here in 1974 given the title “Docent” in theoretical philosophy.

In my M.A. dissertation I discuss problems within the philosophy of perception, but my Ph.D. dissertation discusses Karl Popper’s methodology. An English translation, A Critique of Karl Popper’s Methodology, was published 1975. After I had got my Ph.D., I spent four years teaching and writing philosophy at Lund University. In 1978 I moved to Umeå University, where I had been appointed associate professor in the philosophy of science; in 1999 I was appointed professor in theoretical philosophy. From the summer 2002 until the end of February 2008, I worked at The Institute for Formal Ontology and Medical Information Science (IFOMIS) in Germany. When I became 70, I received a Festschrift, Johanssonian Investigations, edited by Jan Almäng, Rögnvaldur Ingthorsson, and Christer Svennerlind.

My overall ontological views can be found in the book Ontological Investigations. An Inquiry into the Categories of Nature, Man and Society (1989, 2004), and my overall philosophy of science views in the book Medicine & Philosophy. A Twenty-First Century Introduction (2008). The general position in the latter can be hinted at by means of the catchwords “fallibilism” and “methodological particularism”. In fall 2019, a Russian translation — with the book’s explicit support of Enlightenment ideas (p. 4) — was published.

The ontological book is an attempt to create a modernized – but realist – Aristotelian theory of categories. That is, an ontology that takes account of the scientific revolution without eliminating from the ontological picture our everyday perceptual world and true agency. Once I amused myself with making an aphoristic exposition of the views argued for; it can be downloaded here: IJ-Tractatus

About the books mentioned:

A Critique of Karl Popper’s Methodology can be sent on request (but the file is 16.4 MB large).

Ontological Investigations (degruyter.com).   (the Contents can be downloaded here: Contents)

My email address is: ingvar.johansson@philos.umu.se